The father of the modern holster.

“Father of the modern holster” is an accolade reserved for one man. John Bianchi was an Army General, a police officer, avid marksman, author, husband, father, and an industry titan who created over 200 patents. A life filled with passion and adventure, John Bianchi’s impact remains profound across law enforcement, the military, and sport.

Humble beginnings often lead to greatness. The adversity builds and reveals character. The son of a New York City police officer, John Bianchi moved to Monrovia, CA, in the 1940s. Fascinated with cowboy-western culture, Bianchi had a passion for firearms and dreamed of being a cowboy. Bianchi made his first holster at age 12. “I began handcrafting leather bags, dog collars, whatever I could make,” said Bianchi. “I’d just cut it out, no instructions, no guidance. I was hand-stitching everything. Based on what I had seen in the movies I made what I thought was a cowboy holster in 1949.”

Like many kids, the dream of ‘gunfighting’ inspires a desire for military service. The mindset of a cowboy and a soldier is akin. At only 15-years of age, Bianchi was too young for military service. The local Army recruiter commented, ‘You know kid, why don’t you go down to the National Guard, they don’t look as closely as we do at your age.’ Bianchi eventually talked his father into signing the papers and filled in his birth date as 1935 instead of 1937. He joined the U.S. Army National Guard at age 15 and then, two years later at age 17, served on active duty.

After three years of military service, Bianchi left the Army and became a police officer. He remained an Army reservist and then retired in 1997 as a Major General and Commanding General of the California State Military Reserve. After the events of 9/11, he was recalled and served his country until his retirement in 2004.

In 1957, with military service under his belt, and a new career in law enforcement, Bianchi quickly returned to his passion for crafting leather. Spending his evenings carving leather holsters for fellow officers, Bianchi discovered the problems associated with current designs.

“I’d make a holster at night, take it to work the next day, and sell it,” said Bianchi. “I was making traditional-style belt holsters for some of the detectives, and that’s when I realized there was a need for high-performance concealment carry holsters, which, for the most part, didn’t exist.”

His intuitive and creative mind invented technologies to advance the category, all within the confines of his home garage with a single 19th-century sewing machine.

Bianchi loved the craftsmanship and process of working with leather; the selection of hides, the cut and sew, the stitch, and the fit. The unlimited capabilities of leather matched the unlimited capabilities of the users. You can craft leather for outside-the-waistband (OWB), inside-the-waistband (IWB), semi-auto, or revolver. He was also motivated by a need the market was not fulfilling.

“The old-style holsters were an inspiration, but they were poorly designed,” said Bianchi. “We made them the way they should have been made.”

You can’t run a business out of your garage forever. It was in 1965 that Bianchi left the police department and focused on his holster business full time. Back then, Bianchi sold his product through word of mouth but also a 10-cent mail order catalog. With demand thriving, Bianchi quickly went from a small storefront to a 30,000-square-foot facility with 350 employees. Gone was the made-to-order business, Bianchi sold retail, wholesale, and direct to government and military.

One of the biggest opportunities for John Bianchi came directly from the U.S. Government in 1981. The selection of a new service pistol was underway; it was time to replace the 1911. The replacement pistol had not yet been selected, but the government recognized a need for a new holster design. Bianchi received a call from the Department of Defense and was asked to contribute to the standards and design.
There were many considerations to designing a holster for the military with mass acceptance and appeal. First, it had to be accepted across all branches of service. The holster needs to be environmentally balanced, and suitable for extreme cold, extreme heat, humidity, dust, and salt water. Second, it needs to be ambidextrous to limit inventory issues and accommodate the percentage of left-handed shooters. Third, the holster is to be easily cleaned and durable.

Bianchi and his team went to work attacking the defined problem statement. The result: the M12 Holster. The military designated the holster as the UM84 (Universal Military 1984). The design, created in 1984, became the standard issue holster for all branches of service. Made of synthetic material to dry out and be cleaned easily, the design could accommodate several different types of pistols, offering a universal fit. Bianchi sold approx. 70,000 units initially, and tens of thousands more over the years.

The groundwork, and process, of creating the M12 propelled Bianchi to create further innovations for on-duty, and concealable, holsters for all forms of firearms users. Ultimately becoming the most trusted source in the category, and the ‘father of the modern holster.’

John Bianchi’s first 30 years laid the foundation for a brilliant career, and a life dedicated to community and service. A youth marked with military and community service; Bianchi knew the value of hard work at a young age. But hard work is not always enough. Bianchi had creativity and a deep passion for solving problems for the community he loved. Those elements combined led Bianchi to build the largest holster design and manufacturing company in the world.

Today, Bianchi’s legacy lives on in a wide variety of ways. A wide range of holster designs and technology are spread across both Bianchi and Safariland products and sold to a global audience. He authored an industry best-seller, “Blue Steel & Gun Leather,” the definitive book on the history and use of holsters. In 1979 he launched the first Bianchi Cup pistol match. Today, it is the NRA Bianchi Cup, the crown jewel of international shooting competitions. Among many more, his legacy lives on with family and countless friends who describe a jovial disposition, and deeply committed patriot.

They don’t make many like John Bianchi, and his impact on the community, and country, will be felt forever. 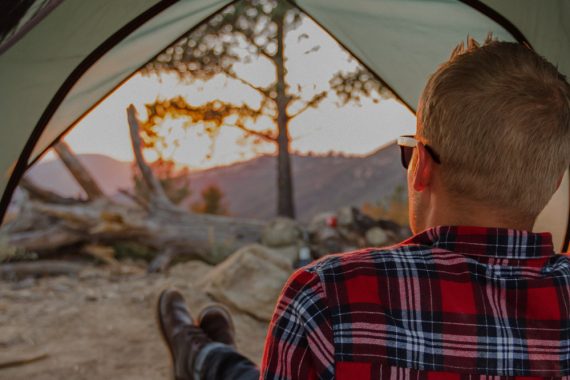 In an age of technology, tapping into ones ‘wild self’ can take time. We need a reminder of our wild instincts. These three stories will get you there. 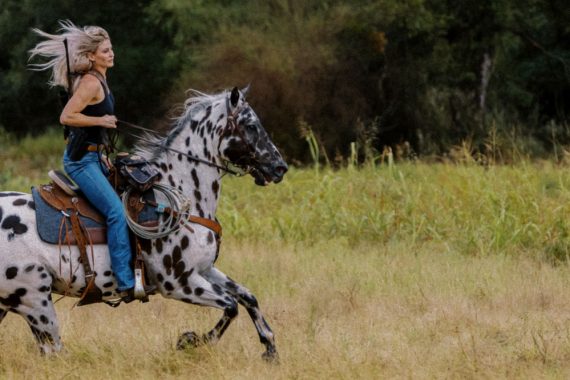 A hog hunter, dental hygenist, and a dreamer who eagerly goes head-to-head with challenges, Kaitlyn views every situation as an opportunity. 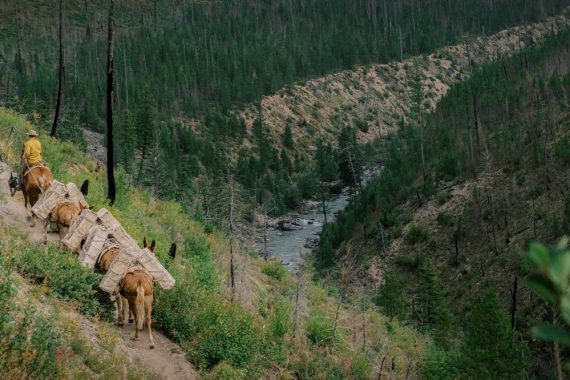 Choosing the Right Handgun for the Wilderness

When you head out into the woods, alone or with a small group, it’s important to be prepared.